Other than being a developer, I work as an IT Security Analyst for a big IT company (10K+ employees) in the Telecom & Media industry. This security background also drove a lot of choices during the bot development and deployment, which will be listed and described in this page.

The bot is written in Node.js, and uses Discord.js v12 as core Discord library. 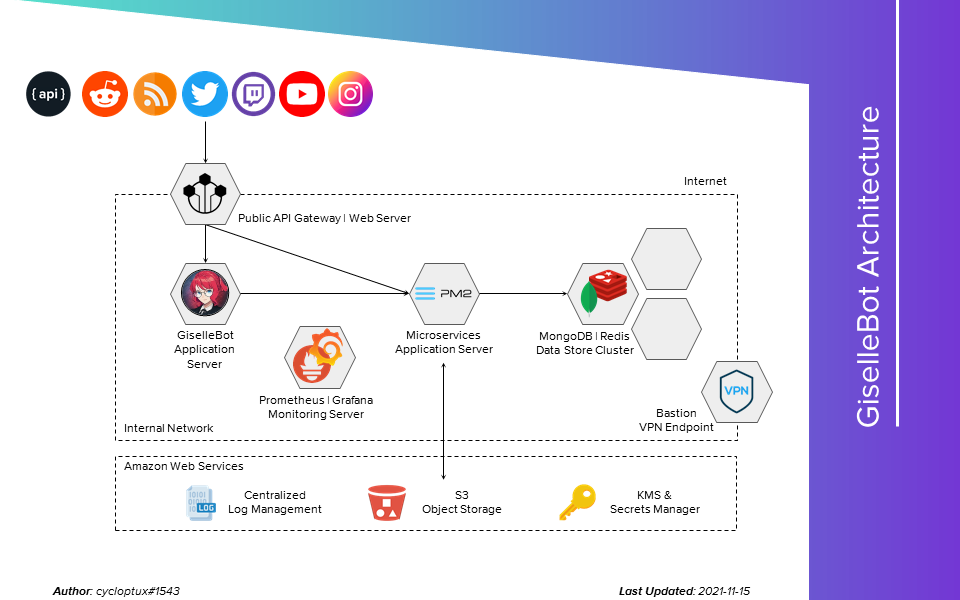 The bot is hosted in a public cloud infrastructure (specifically, Amazon Web Services). The infrastructure is currently composed of 5 main components:

Other than the plain computing power, the cloud infrastructure offers a few other managed services used by the bot:

Regarding the security aspects of the bot, here’s a list of features that have been implemented: